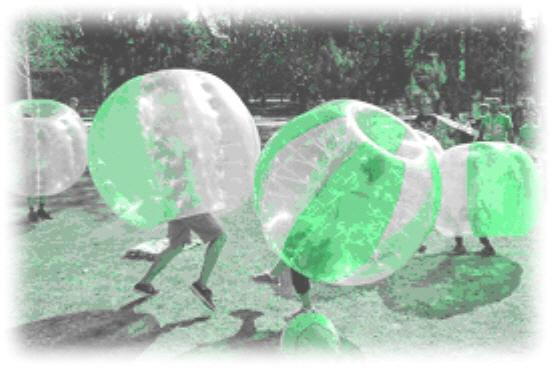 I want to talk about a thing that many readers may find uncomfortable. It’s a thing we don’t spend a lot of time considering, simply because it is in our human nature to think that we are already correct about things we believe; so then why would we consider anything else? ---- but we should.

Our society’s history is full of examples of mass frenzies, panics, manias, deliriums, madness, hysterias. In fact, they’ve happened fairly regularly and often, they continue to do so, and probably always will. They may be grand, widespread, society-wide or they may involve only a small group of people immersed in their own little ‘cult’ of a particular way of looking at reality or life.

The bizarre thing about mass hysteria is that the people immersed in one don’t seem to recognize or realize when they are, while often the people who are not experiencing the mass hysteria begin to notice that these others around them are acting unreasonably, illogically, and seem to be in some sort of strange ‘bubble’.

I hope to teach you how to notice and identify this peculiarity.

A mass hysteria happens when people get the wrong idea about something. It usually presents itself with strong emotional content and it triggers cognitive dissonance that is often supported by confirmation bias. In other words, people spontaneously hallucinate a unique, creative reality (that is commonly a bit crazy-sounding to someone on the outside) and really believe they see plenty of evidence for it.

The Salem witch trials of the years 1692-3 are a well known example of a mass hysteria. The early 17th century Tulip Bulb mania in Europe is another (if you’re not familiar with it, look it up. It’s crazy).

The relatively recent year-2000 tech-industry Dot.Com bubble probably qualifies as another. (I actually have friends who fell for that one and lost a lot of money inspite of the questions asked of them about their beliefs and actions at the time).

There were minor hysterias that come to mind like the Tickle-Me-Elmo dolls in the 1990s.

Or the great social push for empathy for starving masses in Ethiopia in the mid 1980s that brought out mass movements of musicians, actors, politicians, festival events, speeches, and social warriors all geared towards ‘saving’ people, raising money and supposedly sending it to these poor, miserable people of Africa. Surprise, surprise, in the end it all didn’t amount to much of anything at all in real help and instead tended to spotlight the people in the forefront of the ‘movement’ and made them worldwide celebrities with all that that brought to them and made a lot of unseen, unknown, nefarious people in the background, rich. Skinny women with their skinny babies still ended up starving on the savanna while masses of western people went home with full bellies and minds satisfied from their outpouring of empathy.

Presently, we might soon learn that the Russian Collusion story that left-leaning media and political parties pushed so vindictively in the USA this past year (2017), that a large portion of that country’s populace lapped up, is just mass hysteria in hindsight. The curious lack of solid evidence for Russian collusion is a red flag to me. But we’ll see how that one shakes out later on.

These are all mass hysteria bubbles. People inside of them are unable to see anything objectively because they have lazy, undeveloped minds that tend to default to the indolent, easy stance that anything that makes them feel justified or ‘right’ is fine and good if it agrees with what they have come to believe. On the other hand, their sensibilities are offended quickly and an internal ‘alarm’ is set off by anything that doesn’t agree with their beliefs.

This offense is now popularly known as ‘triggering’. Anything that alarms or offends someone who holds certain set beliefs now essentially ‘triggers’ them.
"They’re ‘triggered’", we say.
They experience supposed psychological trauma and emotional stress that apparently can only be resolved with therapy or safe, warm, intense feasting on pizza and beer with fellow triggerbuddies with mutual admiration for each other.

Alarmingly, this triggering alone is rapidly being considered a warranted stance against almost any perceived injustice in our present progressive culture. Be clear, it isn’t evidence or the validity of an argument backed up by proof and substantive information that is the strong societal stance or norm anymore. It is the ‘feelings’ that the offended person has and the force of their claim, usually professed through a narrative and hyperbole that always 'confirms' the perceived level of persecution against them, is usually public or involves a level of social broadcasting of the perceived injustice, and always proclaims just how alarmed and hurt they are/were.

It never fails to attract a large contingent of supporters who immediately jump on board whether they know anything about the situation, have any evidence, have any further information, or even know the person and their trustworthiness, or not. It's quite amazing to observe. 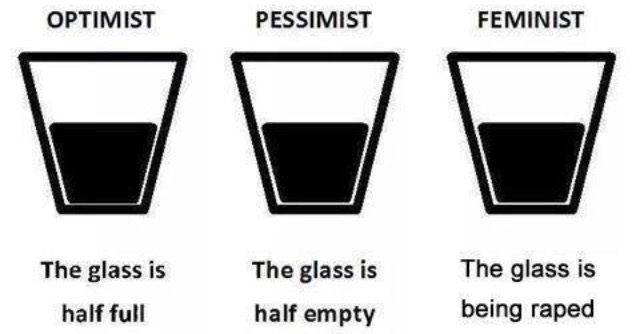 Triggering now forms the base of the argument and the affirmation of their point of view whether the stance is valid or not. This is becoming the primary viewpoint of many people in the new social fabric that is evolving in our ‘western’ culture.

If this doesn’t seem crazy and scary to you, you are probably in a bubble or at least need to revisit whatever it is that you use as a basis for recognizing truth in your life.

A most visible, popular mass hysteria of the moment (2017) involves the idea that the United States people intentionally elected a racist President, old D.Trump. If that statement just triggered you, it might mean you are in the mass hysteria bubble. The cool part is that you can’t fact-check my claim that you are hallucinating if you are actually hallucinating. Confirmation bias prohibits that. If you’re in the mass hysteria, recognizing you have all the symptoms of hysteria won’t help you be aware you are in it. That’s not how hallucinations work. Instead, your hallucination will automatically rewrite itself to expel any new data that conflicts with its illusions. Again… confirmation bias.

If you are not experiencing mass hysteria, you might be totally confused by the actions of the people who are. They appear to be irrational, but in ways that are sometimes hard to define. You can’t tell if they are stupid, unscrupulous, ignorant, mentally ill, emotionally unstable or what. It just looks crazy to you.

Ironically, the reason you can’t easily identify ‘what-the-hell is going on’ is that powerful mass hysteria is in play all around you. If you stop and notice, it will feel like you’re bobbing in a vast sea of crazy beliefs that everyone bobbing around you seems to agree with -- except you!

If you see the signs after I point them out, you’re probably not in the hysteria bubble. If you read this and do NOT see them then it may very well mean you are indeed trapped inside the hysteria bubble. So, hold the rudder firm for a wee bit and read my descriptions. See if you check off the boxes or not....

So here are some signs to consider:

The mass hysteria signals I described here are not settled science. This is only my take on it based on personal observation and thinking about it. I present this lens on the situation to draw attention to the hysteria I see around me. If you are outside a mass hysteria bubble, you might see what I am doing in this blog as a public service. If you are inside the bubble, I look like a Nazi-Trump collaborator probably.

How do I look to you?

Let me say,
I care little for Trump either way. I’m Canadian and he’s USAs president, not mine. My concerns are more focused on the weird ‘Justin T. Bubble’ we've been feeding up here in the Great White North for the past few years. But that’s a whole other post for another time, not even to mention the Feminist bubbles, the LGBTQ bubbles, the Climate Change bubbles… yeeeesh... at least humans don't surprise me with much anymore.